Sales Tip of the Week

Planning For The Future

Preparing Clients For a Future of Uncertainty & Expenses

I received a phone call this morning from a prospect who had been given my number from one of my clients. She was a 66-year female who was seeking coverage for funeral expenses. She wanted enough coverage to make sure the kids (2) wouldn’t be left with a bill. I asked when she could come to my office. Surprisingly, she said she could come 3 hours later. I agreed, texted her my office address so she could google directions and she arrived right on schedule.

I greeted her and we sat at the conference table. I had a note pad and a laptop. But before I went into any quotes on coverages, I asked her to discuss with me a little bit about herself. She shared that she had run a restaurant for over 20 years and that provided enough money for herself and her children as they were growing up. She had closed the restaurant because she got tired of business that had her working every day including holidays. She was divorced and her ex had passed away with no life insurance which had been a burden on her as she had to produce the money to bury him. And she stated that this expense had also affected the kids who were in their 20’s when their father had passed away and left them with this bill which their mother had to pay. It was clear that the she was not a happy camper about this experience.

I then asked about coverages and we discussed burial or cremation. She stated she wanted cremation and that $5,000 was the coverage she wanted. Not a penny more. She was on a budget. I turned to the laptop and went to pegasusii.com and went to the Final Expense quote engine. I asked her about tobacco and to my surprise she stated she was a cigarette smoker. She reviewed the premiums for $5,000 and, of course, picked the one at the top with the least monthly premium; ($30.23).

I then asked if she had ever paid for a funeral and she stated she had; her mother who passed 2 years ago. She had been cremated and the bill was $3200. Again, her mother didn’t have life insurance. (Yeah, this lady is familiar with death and no life insurance). Her mother had left $5,000 in an account to her for her funeral bill. I then gently asked if she could have used the $5,000 for herself instead of paying the mortuary. She agreed but a bill is a bill. For the $3200 there was no service, no cards, no memories; just an urn, and a wave goodbye from the mortician. I then asked if that is what she wanted for her kids. She said no; that is why she was buying $5,000. I brought up the point that if this was going to be enough to pay for funeral then she had to pass pretty quick because expenses grow every year. To demonstrate this point I brought up my final expense life expense estimator. It is a program that I had built for myself and our associates. This estimator uses SS actuarial tables. You input current age and gender and it tells you the average life expectancy. In this case a 66-year-old female has a life expectancy of 19 years. Then I inputted the $5,000 with a 3% rate of inflation and it showed $8,973 dollars. I also showed her the rate at 2% inflation but she went with the $8,973. So, I then told her a $5,000 cremation would cost that so I highly recommended a minimum of $9,000. She didn’t flinch and asked for figures on $10,000 which I provided. We then discussed the additional expenses of flowers, cards, a service, family coming over, the food to feed guests, the obituary, etc. She agreed and expressed that she wanted that for her mother but couldn’t afford it and didn’t want that for her kids.

Her health, according to her, was fine; no meds, good height and weight and no health history and she gets annual exams. She chose a $15,000 coverage at $88 per month. We did the app and submitted it immediately. Total time was 1.5 hours which equals about $1,000 commission for that time. Not bad; but here is the best part. She called the 2 kids from my office and told them she had taken care of her final expenses and she wanted them to see me. She insisted. Both are married with children and she asked if they had life insurance. THEY SAID “NO” OTHER THAN THE ONE PROVIDED AT WORK! She told them I would be calling and they better answer. That’s the best part of the story for me. It was a good ending to a good meeting.

Our Life Expectancy Estimator is available to our contracted associates; AT NO COST. Works for me; it will work for you. So, call me. Don’t be like this lady and put it off until you need it. 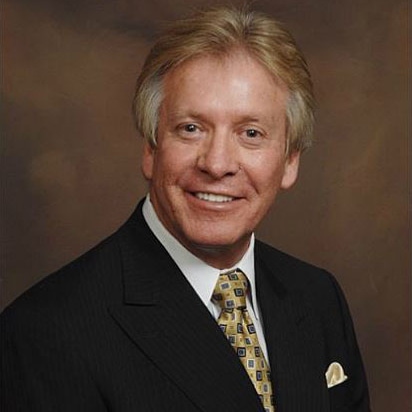 JD Moya has been in the insurance industry for over 42 years. Starting out selling door-to-door he quickly out paced all agents in his reagion selling over 500 policies in his first year. With the great success he experienced he quickly realised the impact he could have with other agents and increasing their sales as well. Pegasus was founded in 1977 and his been a leader in the Hispanic market ever since.